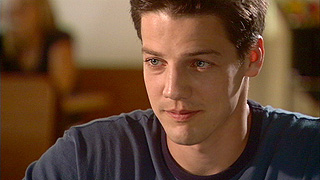 The town of Gastonia, North Carolina has a nickname, "Little Chicago," that comes from a shared history of crime and violence as well as an identical per capita murder rate.  Writer, producer and star Scott Miles (right) of October Sky grew up in Gastonia and turned his fascination with the town and its colorful history into a compelling, present day saga full of off-beat, quirky characters.  Set against a gritty backdrop of violence, action and drama Little Chicago is a sometimes humorous, sometimes heartbreaking tale that keeps you fully engaged as the characters struggle to find their place in, or away from, the town known as "Little Chicago."

The cast of the film includes veterans such as Scott Miles (October Sky), Earl Poitier (Remember the Titans, Drumline), Chris Coppola (Simone and Polar Express with Tom Hanks) and Adrian Paul, most well known as the Highlander from the TV series and recent feature films.

The film also showcases the talents of several new, rising stars, making their motion picture debut with this production.

Little Chicago was shot entirely in the state of North Carolina.